Trustee Emeritus of The Nightlight Cinema

There would be no Nightlight if Rob Lucas hadn’t started the Akron Independent Film & Video Festival at the University of Akron back in 2002, planting the seed for a film community that still thrives. We are all better for having known Rob's kindness, ambition, and thoughtfulness. His love for film, friends, and family inspired and welcomed us. To see him at an event was to feel at home. "Rob was only 41 years old, still approaching the peak of his career, when he died July 2 of cancer, the disease he fought for seven painful years." -Rob's obituary by Dan Coughlin

So much has been said so beautifully about the kind of person Rob was. For me, Rob was a door opener.  As an educator, he showed me how to communicate through film, unlocking a door that would lead to my career. As a friend, he pulled back the curtain on a whole world of culture through movies, music, and his love of Northeast Ohio that forever influenced my tastes and made me a more interesting person. And as a colleague, he opened the floodgates on his seemingly-bottomless supply of optimism and drive to help power our evolution of the Akron Independent Film Festival. To carry Rob's legacy forward is to open doors for others in his same spirit of generosity, enthusiasm, and kindness. -Mike Honeck

“He was always able to meet people and talk to them about what they were interested in, because he likely had a story to match, and was a great listener. He had a reflex to be interested in other people and what they were doing, which also made him a great documentary filmmaker.I was privileged to get to know and work with him. My life would have been very different without him.”-Steve Felix
"There is no language to describe the love I have for Rob and his kindness as he gave so much of it to me as my mom battled cancer. A talented filmmaker, the best friend any of us could ever ask for, and a brilliant father and loving husband. Rob you will be forever in our hearts. By your example, we will continue to lead with love and gratitude."
-Brittany Dobish 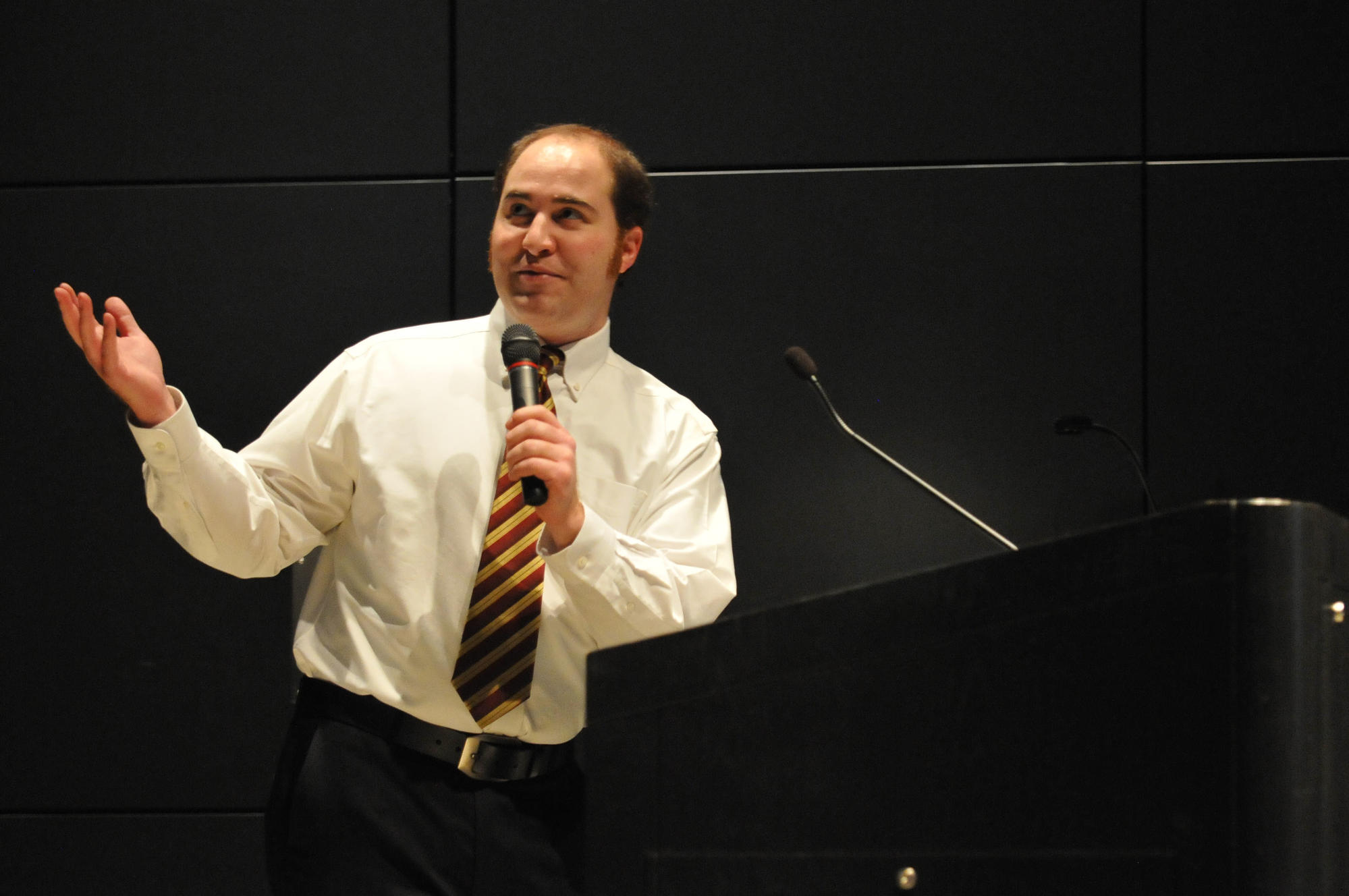 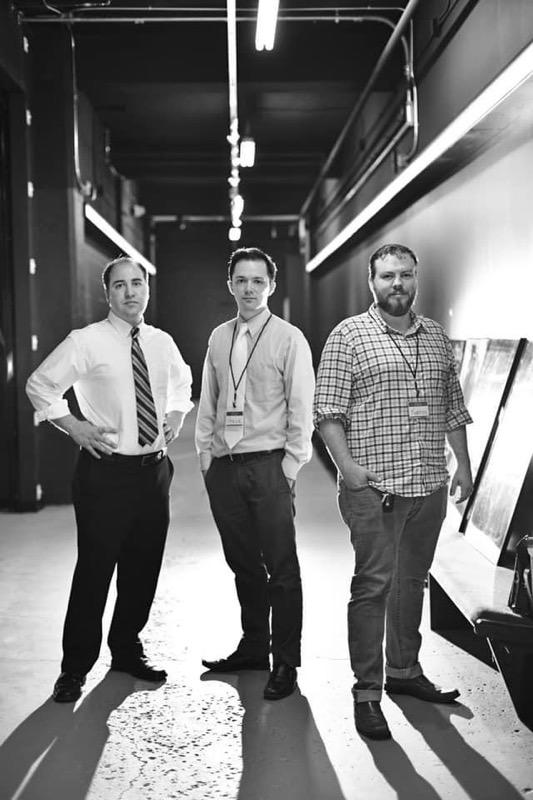 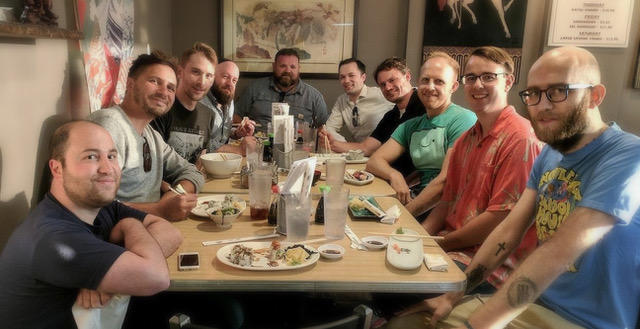 "Rob gave so much as a friend. He had a humility I deeply admired and a love for cinema that encouraged me to value its artistic peaks and charmingly odd side alleys. I always valued my time with him—playing convoluted board games, watching unique films, making our own films, or just having a conversation. I really miss that guy."  -Cory Sheldon 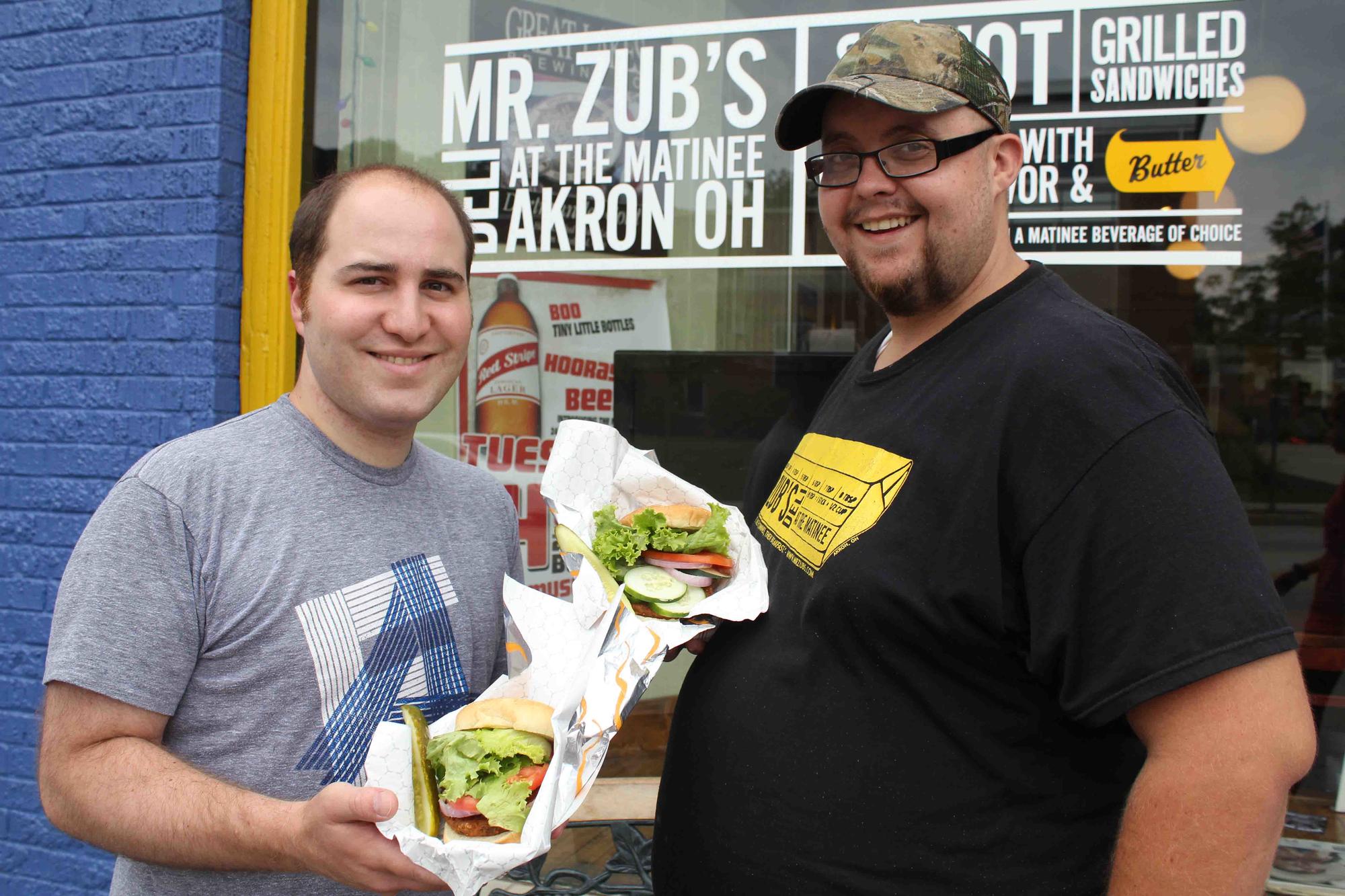 Steve Felix and Rob taking in a screening at the 2015 Slamdance Film Festival, where Stella Walsh was also playing Rob with his parents Martha and Bob Lucas at the opening night of The Nightlight in 2014
Remembrance provided by Rob's sister, Megan Lucas Chong:

Rob Lucas’ goal in life was to make a difference. He worked to attain that goal in a number of spheres, but he thought the most effective way he would make a difference was in his position as Managing Editor of “Pathogens and Immunity Journal” at the Case Western Reserve University Medical School.  In addition to his work with the journal, Lucas was also a member of the World Association of Medical Editors. As Managing Editor, Lucas was responsible for the new “Pathogens and Immunity Journal” attaining the coveted accreditation status of Pub Med and SCOPUS. Since the global pandemic began in March, the journal became inundated with articles revealing the latest research on Covid-19. Despite the physical agony and mental stress of his own treatments and surgeries, he worked tirelessly from his hospital bed to publish these articles in order to bring medical news of health and healing to the world.

Dr. Michael Lederman, Professor Medicine at CWRU School of Medicine and Editor in Chief of “Pathogens and Immunity Journal” recollected in a tribute to Lucas: “We needed a managing editor. We interviewed Rob and it didn’t take more than a few minutes into the interview for me to realize that he was the editor we wanted. We were not disappointed. He was just incredible. He took a diffuse idea by a bunch of crackpot scientists and he created our journal, “Pathogens and Immunity.” It was an enormous undertaking that Rob managed seamlessly. Our international board of more than 130 editors and scores of scientists whose papers he published loved working with him. There is no journal in the world like this one and it would not be what it is but for his skill.”  Lederman added, “Rob was a wonderful colleague, a spectacular employee and a fine man. He was the driving force behind the success of the journal, and I know he was deeply committed to the success of the journal”.

Rob used his talent as a gifted filmmaker to communicate the narratives of those who may be isolated or their stories untold. In 2013 he created the documentary, “Stella Walsh”, chronicling the life of the track and field star from Cleveland who won the Olympic gold medal in 1932 and the silver medal in 1936. Walsh was killed in a robbery after which there was a discovery that she had some physical attributes of a man. This new information stirred controversy over whether or not the Olympic medals she had won in the women’s races should still be in her name. Rob chose to highlight Walsh’s life to honor a local figure and to tell the inspiring story of one who faced adversity of due to gender issues, but also to shed light on the topic of the spectrum of gender.  The documentary appeared in over 40 film festivals throughout the globe, including the prestigious Cannes Festival where Rob walked the red carpet in 2014.

Research and reporting were always among Lucas’ interests as he strove to discover new information and share the truth. This led him to his career as editor of Gray Publishing from 2006-2015, where he worked closely with local celebrities such as Neil Zurcher, Dick Goddard, and Terry Pluto to unveil rich histories and quirky tales about Ohio. Publisher, David Gray, commented, “Rob was a favorite of our authors. Every author with whom he worked was glad to have him on their side. They remarked how sincere, thoughtful and diligent he was.” “Rob had such a wide range of interests and knowledge (some delightfully obscure). He could talk with anyone engagingly on almost any topic-a handy skill for someone who might alternate between Charles Ramsey, Terry Pluto and Dick Goddard in one afternoon.” 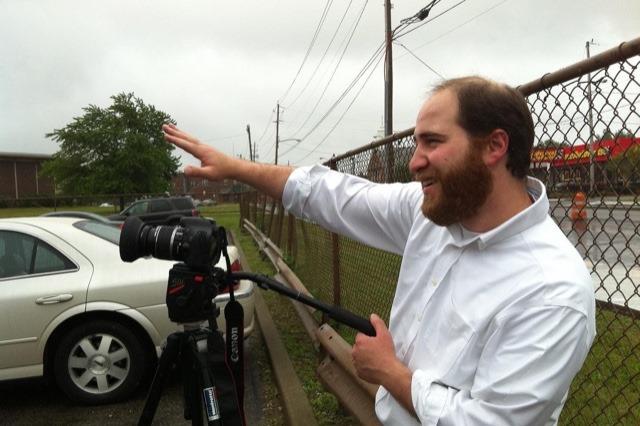 Early in his career, Lucas was an adjunct professor at the University of Akron, where he received a Master of Arts degree in Electronic Communication Mass Media with a full academic scholarship. During that time, he initiated the Akron Independent Film Festival which became an annual event. Then in 2014, his dream of creating a permanent home for independent film in Akron became a reality as he worked with colleagues to establish the Nightlight Cinema, Akron’s first and only theater featuring independent films.

Lucas’ work in media extended to national projects, such as working as production coordinator for the network drama, “Bet Your Life”, featuring actor Billy Zane. He then went on to work on commercials for Nike featuring LeBron James as well as   Toyota and Six Flags. He worked as a writer and correspondent for MTV’s website, a job which entailed attending film premiers and concerts to interview musicians and actors, such as his one-on-one interview with David Duchovny in Los Angeles. He was also a graduate school intern with Alternative Press. While in graduate school he was the Arts and Entertainment Editor of the Buchtelite, University of Akron publication where he had one-on-one interviews with Ray Bradbury and Joe Esterhaus.

Lucas’ achieved his dream of having his first feature length film, “American Stories,” featured at the Cleveland Cinematheque during a local filmmakers festival in 2005. At the age of 18 his first short film, “Montezuma’s Revenge”, was nominated for Best Comedy Short at the Cleveland Independent Film Festival.

Throughout his life, Lucas, was focused on doing for “the greater good” and “giving back”. He did this through volunteerism at a local animal shelter, homeless shelter for men and a literacy program. He was told on many occasions by a family member that his middle initial, “A”, was really for altruism and not Anthony. He developed his commitment to giving back and doing for others as a child and young man. Rob attained the rank of Eagle Scout at the age of 14. Grace Lucas, Sara Lucas, Steve Felix, Mike Honeck, Rob, and Brittany Dobish at the The Nightlight's 5th anniversary party in 2019
Rob is missed by us here at The Nightlight Cinema. Please read Rob's obituary by Dan Coughlin, and this remembrance by Case Western Reserve University, to learn more about Rob and his legacy.